A fresh start: that’s what Diana Chavez and her family were seeking when they immigrated to Canada. In 2013, she, along with her husband, their baby boy and a second son on the way, left El Salvador and immigrated to Montreal. A year later, they moved to Hamilton, Ontario, where they had some friends, and started working on their employment plans. “The course was the first significant step in my life to connecting the dots for my career… It was such a great source of information and a useful orientation to this country.”

In El Salvador, Chavez had worked as the director of communications and development at a non-profit organization that supports orphans. Her job there entailed managing the website, producing reports and conducting fundraising. As she explored how to apply her communications expertise in Ontario, she discovered a promising training option for immigrants like herself: Workplace Communication Skills for Entrepreneurship and Sales & Marketing.

Chavez completed the course part time in early 2015 at Collège Boréal in Hamilton. She learned how to interact with customers, coworkers, managers and suppliers in a business environment. The course also covered the essentials of clear and effective communication in several formats, including by email, over the phone and in person. The training even dealt with appropriate topics when making small talk in the workplace.

“We learned about what kind of language works or doesn’t sound good in the workplace, how we should participate in a conference call, how to write professional emails,” Chavez recalls. “The teacher had a great background in marketing, and gave us a lot of individual attention.”

Also taught in the course were the communication skills for successful job searching. Chavez learned how to create an effective resumé and cover letter, and how to present herself well during a job interview. She also was informed about local business associations, employers, employment resources and job fairs. Through small group exercises and roleplaying activities, Chavez enjoyed ample time to practise her skills, ask questions and network with her classmates – other internationally-trained business and marketing professionals from countries including Haiti, India, Iraq and Mexico.

After completing the OSLT course, Chavez pursued a web design certificate program at Mohawk College in Hamilton. Her subsequent job search efforts led first to contract and later full-time work in her field, as a marketing and design professional at the Hamilton YWCA.

“The course was the first significant step in my life to connecting the dots for my career,” Chavez says. “It was such a great source of information and a useful orientation to this country.”

We're not around right now. But you can send us an email and we'll get back to you, asap. 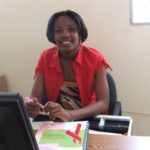 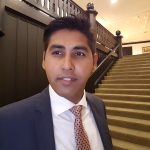